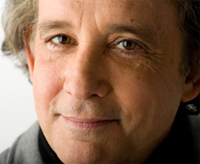 Since last Friday Sydneysiders driving on some of the city's busiest roadways have been confronted by billboards carrying some very simple — perhaps too simple — teachings about Islam.

In huge letters there are four different messages: 'Jesus: a prophet of Islam', 'Islam: Got questions? Get answers', 'Holy Qu'ran: the final testament' and 'Muhammad: mercy to mankind'. The billboards were funded by an Islamic group called MyPeace, and they also carry a phone number and website where people can access more information and a free copy of the Qu'ran.

These very public ads have stirred controversy. Sydney auxiliary Catholic Bishop, Julian Porteous has called for their removal, arguing that 'In Australia with its Christian heritage a billboard carrying the statement "Jesus: a prophet of Islam" is provocative and offensive to Christians.'

MyPeace members have explained they are trying to address misunderstandings in the broader community about Islam, and communicate in a contemporary medium the basic age-old beliefs of this great world faith.

The interviewee featured here on Eureka Street TV is also trying to communicate some of the basics of Islam, but his message is much more subtle and nuanced, and he has a very different approach.

Andrew Harvey is not a Muslim, but he is a scholar and devotee of the mystical strand of Islam, the Sufi tradition. In particular he's spent much of his life studying the life and writings of the 13th century giant of Sufism, Jalal-ud-Din Rumi, and he's one of a leading Western exponents of this great medieval Muslim mystic.

Rumi was born in the border region of modern day Afghanistan and Tajikistan, but when he was still young his family moved to Konya in present-day Turkey. This is where he lived for most of life, and where he died in the year 1273 at the age of 66. His tomb in Konya is now a place of pilgrimage.

Among his many achievements, Rumi founded the Mevlevi Sufi order, commonly known as the whirling dervishes, which, at its height of popularity in the Ottoman era, had around 100,000 members. He was a prodigious writer and poet, his most famous work being a massive spiritual epic called the Mathnawi.

Harvey, summarising the significance of Rumi, wrote of the spread of 'the glory of his work and sacred vision throughout the whole vast extent of the Islamic world … No other poet in history — not even Shakespeare or Dante — has had so exalted and comprehensive an impact on the civilisation he adorned, and no other poet has aroused such ecstatic and intimate adoration.'

Harvey's upbringing in India awakened him to the splendours of Islam, and to seeing the divine in all the world's major religious traditions. He was born into a Christian Protestant family, but from an early age he became fascinated with the trappings of Hindu and Muslim culture, particularly the treasures of Islamic Mughal art and architecture that surrounded him.

As a young adult he studied and taught English and French literature at Oxford University. In 1977 he returned to India, and over the next 30 years he studied and practised with spiritual masters from a number of religious traditions: Hindu, Tibetan Buddhist, Muslim and Christian. This included time spent with Benedictine monk Bede Griffiths at his ashram in the south of India.

Harvey now lives in Chicago, and for the last five years his focus has been on travelling the globe teaching and promoting his concept of Sacred Activism, social action that flows from mystical experience and insight.

He is a prolific author, having written over 30 books including Hidden Journey: A Spiritual Awakening; The Essential Mystics; The Way of Passion: A Celebration of Rumi; Son of Man: The Mystical Path to Christ; Perfume of the Desert: Inspirations from Sufi Wisdom; A Journey in Ladakh: Encounters with Buddhism; and most recently The Hope: A Guide to Sacred Activism.